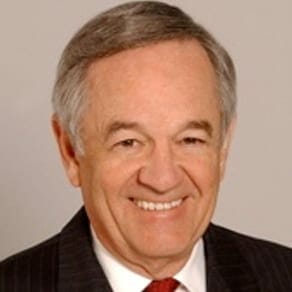 In 2007, Bryan Moss became President Emeritus of Gulfstream Aerospace, following a four-year appointment as President and Executive Vice President of the Aerospace Group General Dynamics Corporation. Prior to this appointment, he had served as Vice Chairman of this company for twenty years. He retired in 2008.

In 1966, Moss joined the Lockheed-Georgia Company, where he was assigned to the engineering administrative group. In 1968, he moved to JetStar Sales and moved up to Sales Manager in 1975. In 1978, he became Sales Manager Asia/Australasia.

Moss, who is a former member of the Associate Member Advisory Council of the National Business Aviation Association (NBAA), served as chairman of the council from 1994 to 1996. He has served on the U.S.-Japan Business Council, the U.S.-China Business Council, and the U.S.-Hong Kong Business Council. In 2006, Moss was elected a trustee on the Georgia Research Alliance Board. He is also a member of the Georgia Tech Advisory Board. In 2007, Bryan Moss was awarded the National Business Aviation Association’s Meritorious Service Aware, which is the association’s highest award for service and contributions to the business aviation industry.

He is presently active in a consulting role for several organizations, serves on various advisory boards, and is an avid motorsports enthusiast.

Born in Greenville, PA, Moss was educated at the Georgia Institute of Technology, where he received his bachelor’s degree in Industrial Management in 1962.