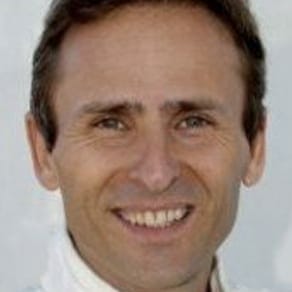 Since 1981, the year in which he stepped into his first Formula Ford, Murry has been building a reputation as a fast and consistent racing driver. In addition to his professional and technical expertise, he has become known as one of the “good guys” in the colorful world of motorsports.

Murry’s career began in Formula Fords, leading to the Sports Renault series. From 1981 to 1991, while driving any vehicle he could get his hands on, Murry won numerous races, including the 1985 Sports Renault Championship.

1991 saw the beginning of David’s long term relationship with manufacturers. He drove an Esprit for the Lotus factory and immediately won two races. This so impressed Porsche that they hired him away from Lotus as a factory driver.

While driving a Porsche 968 in the Firestone Firehawk Series, Murry recorded three wins in the 1992 and 1993 seasons. In the same 968, he won five races and claimed the 1994 Firehawk Drivers Championship and the manufacturer’s title for Porsche while finishing second in the prestigious World Porsche Cup standings. David also won the World Challenge Championship in a Porsche 911 Turbo. David also drove for the Porsche factory at LeMans in their LMP1 car competing for the overall win.

BMW then approached David contracting him to drive their BMW M3-GTR.

The 2007 race season saw David as a factory driver for Nissan. He also competed in the Grand American/Rolex Series as a driver of GT cars. This was David’s fourth employment on behalf of a different manufacturer. In addition, David competed in Daytona Prototypes, driving a Porsche powered Doran chassis.

David began his 2008 race season driving for Autometrics Racing in the Daytona 24 hour race, running as high as 2nd place in the first hour and finishing in 11th place in a field of over 40 cars. He also competed in all ALMS GT2 races driving with Robertson Racing driving a much-anticipated Ford GT.