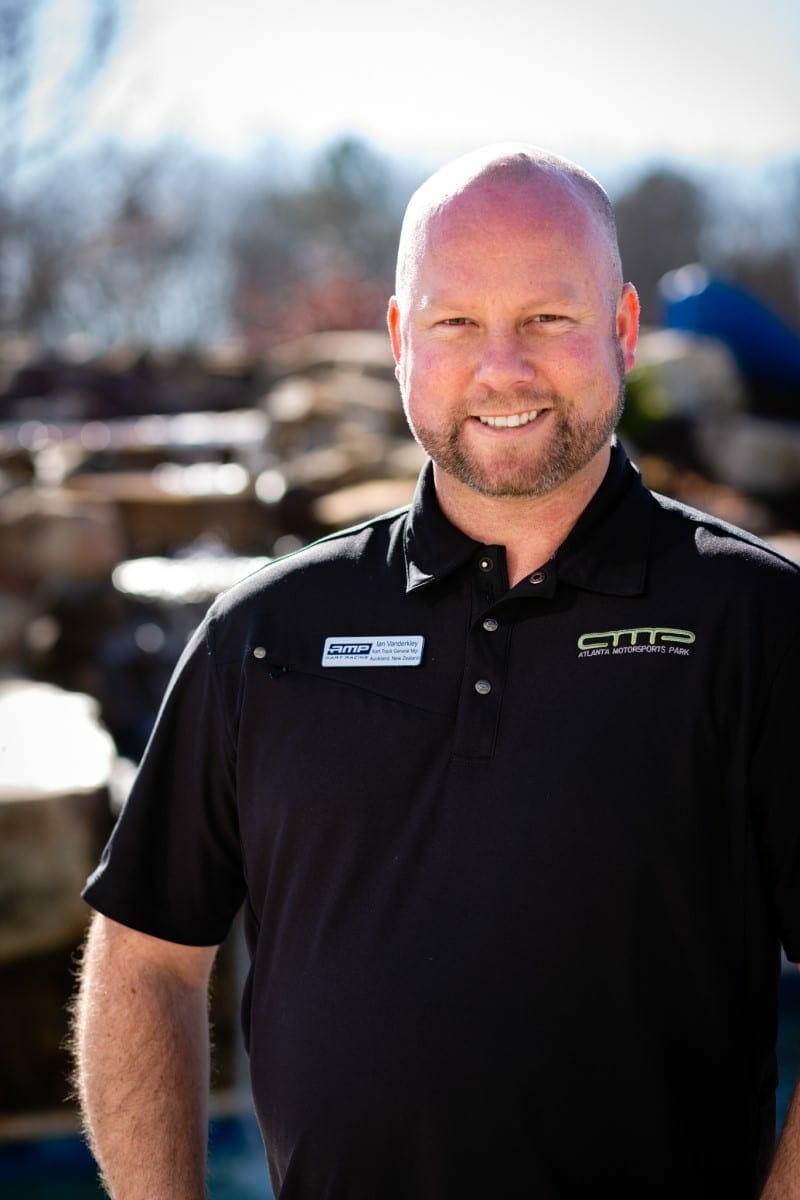 Ian joined AMP at the end of 2019, and is excited to pair his love of motorsports with over 20 years of experience in the Sports and Recreation Industries.  After studying Sport and Exercise Science in college he worked in University Sports and Recreation, followed in a variety of roles in the Health and Fitness industry in several countries.  He then spent several years aboard Royal Caribbean Cruise Lines running Sports and Entertainment activities, and after coming ashore he worked as GM of Atlanta’s largest Indoor Sports facility.  His most recent role prior to AMP was as GM of iFLY Indoor Skydiving in Atlanta, where he successfully ran the busiest vertical wind tunnel in the world since they opened in 2016.

Ian is a kiwi (from New Zealand) and has travelled to several parts of the world, he met his (now) wife both working on RCCL and he has lived here in Atlanta for over 10 years.  They have 2 young children and 2 dogs, and in his spare time he enjoys being a dad and spending time with his family, and putting his DIY skills to use around the house.  Ian’s passion for motorsport comes from his father who used to rally at an amateur level in NZ, and some of his earliest memories are going into the forest or to the race track to watch the cars speeding by.  Since then he has become an avid motorsports fan, and enjoys following Formula 1, Indy Car, IMSA and WRC (mainly.. but he’ll watch anything fast with wheels).