League Nights are Back for 2016

Atlanta Motorsports Park is proud to announce the return of #AMPLeagueNight with three 6-week seasons for 2016! The first of these three is the AMP Rental Kart Spring League, which will run on Tuesday evenings beginning on the first week of April. Points are calculated based off of the best 7 of 9 total races in the championship, with a driver’s lowest two point totals being dropped. The race format will vary as well as the track configuration between each of the six rounds. While the track configurations are still to be decided, the raceday format for each evening is listed below, though they are still subject to change.

April 12th: One 40-Minute Race, with a Competition Caution at halfway to re-group the field

April 26th: One 40-Minute Race, with a Competition Caution at halfway to re-group the field

May 10th: One 50-Minute Race, with the grid based off of points standings coming in and a Competition Caution at halfway.

League Night also returns with the same weights for Light and Heavy classes, with the Light class minimum weight being set at 175 and the heavy class minimum weight at 210. For lighter drivers, ballast is available for use to reach the minimum weight for either division. Each division will be scored separately in points, and depending on the number of drivers per race, will either be split or ran together on the track.

For more information as well as how to register click here 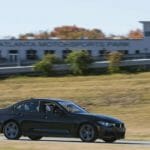 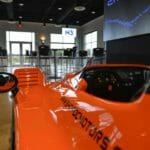 A Truly Unique Meeting Space for Every Occasion