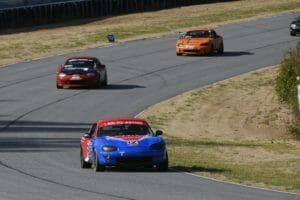 The finish of the first race in round 1 was nothing short of spectacular.  Jose Garcia inched out Keith Willamson by a mere 8 hundredths of a second with Parker Petit right on their bumpers as they crossed the finish line. After setting a fast lap in Race 1, Parker Petit started Race 2 on pole, Keith Willamson put his experience to use on the young Parker Petit to take the lead spot and secure his overall win for the weekend. Parkers 3rd and 2nd place finishes secured him an overall 2nd place for the weekend. One of our newest drivers in the field Kelley Drobinski not only set her own person best laps during the weekend, but also finished on the overall podium after coming in 4th in Race 1 and 3rd in Race 2.

After the races were done and the awards handed out, the real fun began. Keith’s Beer choice of Newcastle Brown Ale was a big hit with the racers and family.

Following the race, drivers and their guests were treated to a special screening of the documentary “Ashton Harrsion: The Road to 24” featuring AMP member and professional racer Ashton Harrison . The documentary, about Harrison’s success as a Miata driver, was produced by Anchor Media Group for GB Racing and Racing Analytics. 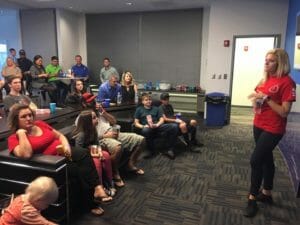 Registration for Round 2 is now open 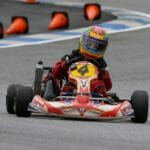 The Path From Kart Racing to F1 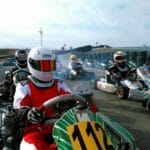 Four Ways to Start Racing this April at AMP Karting