In the fall of 2014, AMP racers were looking for a place to keep their engines running during the winter months, so AMP answered with the inaugural Winter Race Series! The 2016 edition of the AMP Winter Kart Series is the third season of its existence as being one of the only winter club karting programs in the country. This year’s season will be slightly shorter than the two previous renditions of the championship in order to make room for the expanding schedule of the 2017 Kart Championship Series, which will kick off in March, 2017.

Each kart owner class from the 2016 AMP Kart Championship Series has been effectively “frozen” for the 2016 Winter Kart Series in regards to rules and specifications, however, there are a few changes and new concepts coming with the winter championship. We’ve compiled the biggest changes below.

The Pro Concession Light and Heavy divisions were extremely successful in the 2016 Kart Championship Series. As a product of their success, we have decided to add a third weight class into the mix, in order to help keep the amount of lead ballast needed per racer to a minimum. The revised weight classes are shown below:

Starting with the 2016 AMP Winter Kart Series, each weight class will have its own points championship and end-of-day podium. If the classes get a strong enough response from racers, then they can be incorporated into the 2017 Kart Championship Series class structure.

Due to the record high turnouts that were experienced in the 2017 Kart Championship Series, AMP is proud to announce the official completion of the Briggs & Stratton LO206 family ladder by adding the LO206 Junior and LO206 Cadet divisions as officially sanctioned classes. The classes will begin with the 2016 Winter Kart Series and will continue to be offered into the 2017 Kart Championship Series and beyond. Below are the class specifications.

Each class will also adhere to the 2016 Briggs and Stratton Official Rulebook for engine specifications and anything not expressed in the 2016 AMP Winter Kart Series Supplemental Rulebook, just as the LO206 Senior and LO206 Master divisions.

As we continue to look for ways to improve our race events, varying karts in the Pro Concession classes was at the top of our list. However, varying karts does not really assist in equalizing the field if only one session counts. Because of this, we are going to change the format of the division for the 2016 Winter Kart Series to a new, experimental raceday. Below is the raceday layout for the 2016 Winter Kart Series Pro Concession division.

The 2016 AMP Winter Kart Series is a 4-race championship, with one race per month from November to February. The season banquet will take place from 6 – 8 P.M. following Round 4 in February. The best 3 point totals from each race will count in each driver’s championship, meaning that the 1 lowest point total will be dropped.

All of us here at AMP are extremely excited to kick off the 2016 Winter Season, and we cannot wait to drop the green flag on November 19th! 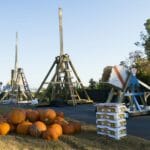 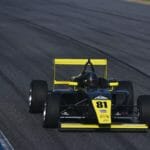