AMP eSeries Season 2 Round One Review

The second season of the AMP eSeries sponsored by DiscoveryParts kicked off Wednesday night at virtual Watkins Glen International Cup Circuit with the “Dawsonville Pool Room 75”. With season one’s dominant champion, Dion Fiallo, not taking part it was anyone’s guess as to who would take the checkered flag after 30 laps.

Newcomer Max Muir was the early favorite after appearing to be untouchable in practice and qualifying. Muir barely managed to secure pole position, only 0.011 hundredths of a second ahead of Cameron Dance. Brandt Estes, who won on the Watkins Glen boot configuration last season, started third followed by Kenny Brown and Joshua Krogh rounding out the top five starting positions.

As the Porsche pace car veered into pitlane all 28 participants took the green flag for the Dawsonville Pool Room 75 and pummelled towards the 90-degree lefthander that is turn one with only a couple drivers making contact towards the back of the field.

Straight away, the top three of Muir, Dance, and Estes had pulled away from the rest of the pack and were battling for the lead. On lap two Muir picked up minor damage on his virtual USF2000 and on the very next lap Dance eased by the polesitter on the back straight.

Muir made an early pitstop to fix the damage and was unable to make it to the end of the race on that fuel and tires which took him out of contention for the race win. With Muir out of the picture Dance and Estes battled for the lead for the remainder of the first stint.

Estes bided his time behind Dance, not attempting any aggressive overtakes, despite staying within a second of the race leader until they made their pitstops. Both drivers stopped for four fresh tires and fuel on lap 24 and Dance extended his lead to 1.5 seconds after the pitstop.

Now that Estes wasn’t able to take advantage of the slipstream on the front and back straights Dance pulled away and won by just over three seconds. Estes finished second followed by Ryan Flannery who finished third in the championship on season one.

Other notable results included school counselor and driving instructor, Phillip Crane, who started 18th and finished 6th. Muir was able to recover to fifth after starting on pole, which means he picks up a handful of points for the championship which will be crucial at the end of the season if his fight with Brandt and Estes continues.

Next Wednesday, our competitors will travel to a virtual St. Louis where our AMP eSeries drivers will take to the oval at Gateway in the “Fajita Grill 100”. 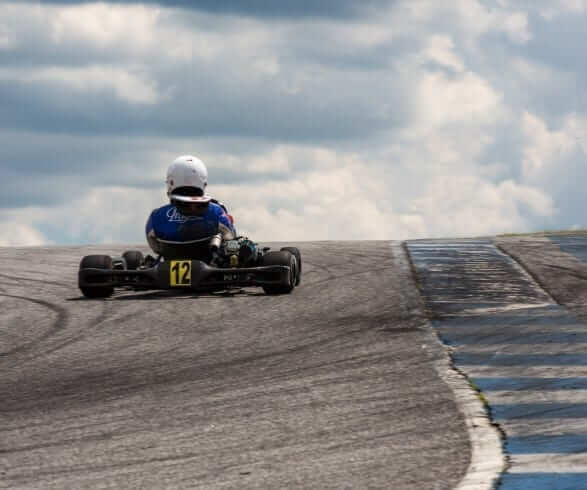 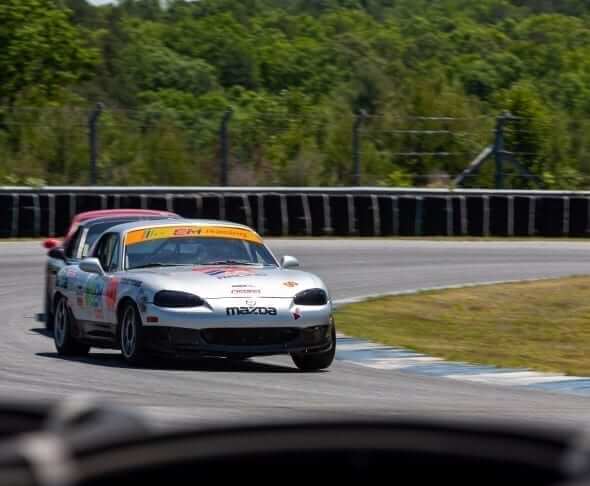