Lifelong racer and AMP member, Todd Brown, has been chasing adrenaline highs since he was five years old in dirt track motorcycle racing. Todd quickly rose through the ranks and won the Daytona 125cc GP in 1980 and participating in the 250cc class the following year.

“Then life got in the way,” Todd said. “I decided to go to college and start working for a living. I went in and out of motorsports for a little while.”

Todd raced Jawa motorcycles in the Speedway series for a year after college prior to leaving California.

“I moved to Georgia in 2003 and that’s when I learned about the rumor of Atlanta Motorsports Park. In that period of time before I became a member, I raced SuperMoto with Florida SuperMoto and that’s a motocross bike with slick tires on it.”

When AMP opened Todd became a member and immediately began participating in kart races which helped him find out about the national level road races for karting in WKA.

“I went through the ranks. I did a couple of TaG classes and jumped right into the shifters and did that for three years and I got number two in the nation for points and then I went into the SuperKart which I’ve been in for two years now.”

“This season I’m second in the points. The last race at Charlotte Motor Speedway I won by 38 seconds,” Todd recalled.

SuperKarts are the fastest class in karting with the 250cc engines producing roughly 100 horsepower. That raw power combined with the lightweight fiberglass chassis and a handful of aerodynamic devices makes SuperKarts a handful on track. Todd races at tracks like Mid-Ohio, Daytona, and VIR in his national-level series.

“The karts are insane. We’re doing right at 160 MPH at Daytona and when the SuperKarts were at AMP the fastest time was 1:19.0.”

In addition to Todd’s career as a chiropractor, he builds two-stroke engines on the side. He comes from a long line of mechanics and helps fellow kart track members with their Honda and X30 engines. Todd praised the close-knit AMP atmosphere as well.

“The coolest part is that the members are humble and extremely nice and they’ll give you the shirt off their back.” 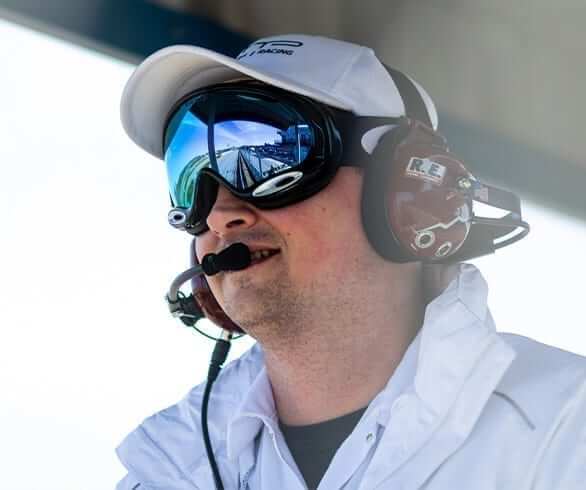