Quick question: what looks like a spaceship, drives like a Le Mans prototype car had a baby with a Vanquish, posts the fastest lap times of any street-legal car in the world and is a little brother to a car that only exists in a video game?

Well, nothing yet. But by 2018, it will be a car named the AM-RB 001, a British designed and built hypercar that aims to steal the crown of every other ultraexotic on the planet. The vehicle is being made as a collaboration between Aston Martin’s Special Operations Division and head engineer/designer of the Red Bull Formula One team, Adrian Newey.

The AM-RB 001 is still very much in the prototype phase, with just a few concept drawings and a prototype model available to the public. However, we can expect that it will be a more extreme, road-legal version of Aston Martin’s stunning track-only Vulcan hypercar. Like the Vulcan, the AM-RB 001 will likely sport a naturally aspirated V12 engine and have extremely advanced bodywork intended to generate unprecedented downforce. Unlike the Vulcan, it will boast over 1,200 hp and have a mid-engine design.

Estimates on the AM-RB 001’s release hover around 2018, although production could easily take longer. Approximately 100 vehicles will be built.

A Car and Track Supergroup

The AM-RB 001 aims to post a number of firsts, with one of the most prominent being “the first production vehicle built by Adrian Newey.” You may know Newey by his reputation as the world’s best Formula 1 engineer and vehicle designer. He helped turn Red Bull Racing into a dominant team that regularly posted top three wins throughout the 2010-2015 seasons.

Newey’s previous radical designs include the Red Bull’s RB3 to the current RB10 F1 cars. He also served as technical advisor for the Playstation 3 game, Gran Turismo 5, even adding a personally designed theoretical vehicle named the Red Bull X2010 to the game’s garage.

The X2010 fulfilled Newey’s dreams of being able to compile all of his design and engineering ambitions into one vehicle, albeit in virtual form. Now, with the AM-RB 001, Newey has the chance to put those ambitions into a real-life, road-ready vehicle that anyone with a deep enough purse can buy.

“From time to time you’re sitting bored on a beach or whatever and start doodling, and then throw those doodles into a pile, it gradually grows,” Newey told Car and Driver. “[This project is] taking some of those and embodying them in one vehicle. Of course, many are mutually exclusive, so you choose which one you want to go for and toss the rest away. There’s a continuity going from Formula 1 through the PlayStation X2010 car to this, a very loose lineage. If you were to line the three cars up alongside each other, you could start to see the evolution, if you like, from chimpanzee to homo sapiens.”

Part of the uniqueness of the AM-RB 001 will owe to its singular design vision. Newey and co. promise to eliminate anything that takes away from the purity of a simple concept: a light, agile, ultra-fast V12 vehicle. As such, current popular solutions like the double clutch gearbox simply won’t make the cut because of their weight.

In their place will be advanced features, such as active wind damping and an F1-like keel running underneath the car. Newey’s aim is to present a car without compromise.

Aston Martin will first produce a track-only version of the car before offering street-legal versions. Expect the final price tag to be upwards of $3 million and the queue line to be more exclusive than Prince William’s bachelor party invite list. The first prototype will likely be unveiled at Geneva 2017, according to our wildest speculations.

You don’t have to wait till 2018 or until Elon Musk accidentally blurts out his PIN number to drive an amazing exotic vehicle. Atlanta Motorsports Park offers track day experiences with Ferrari F430, a Lamborghini Huracán, a Porsche GT3, a Z07 Corvette and more. 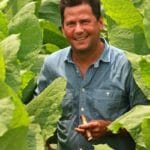