The Atlanta Motorsports Park recently launched a new race in its 2018 racing series called “The AMP Pursuit.” In this race, drivers compete with other drivers whilst competing against themselves. The way it works is everybody competing sets a qualifying time, then the field is staggered based off of those times. The race is a 6 lap feature where the slowest car is released first, then the rest of the field is released based on the difference of their lap time and the slowest lap time, multiplied by 6. So if someone is 10 seconds faster, they have a starting delay of 60 seconds. This sets the drivers so that regardless of car or class, each driver should be finishing the race around the same time, and the winner is the first to cross the line. The only wrinkle in all this, is if you run more than a second faster than your qualifying time, you get penalized. This race format is fun for our members as it allows anyone to compete with each other, and see who can turn the most consistent lap times. Our September winner was 70 year old track member, John Buckett. Our last race of the year will be held Oct 7th. 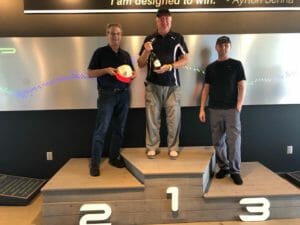 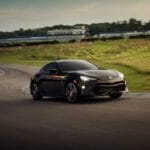 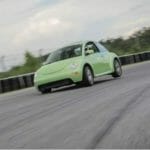 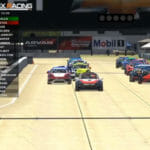