Supersport bikes are a dying breed these days. Honda, for instance, says they are going to drop the legendary CBR600RR from their line because of lack of sales and the high production costs of meeting the new Euro 4 emissions standards.

Thankfully, not all manufacturers are turning away from mid-weight, track/street balanced bikes. Yamaha’s tack at least has been to make their mid-runner even more track-focused, if leaked photos and rumors can be believed.

Photos of an apparently production-ready, revised YZF-R6 surfaced earlier in August. The 600cc sport bike will likely receive a trickle down of benefits from its YZF-R1 counterpart. Most important of these will be the addition of the R1’s lauded on-board electronics, including an IMU traction control system and a throttle-by-wire system. Coupled with beefed-up diagnostics, these controls could give the R6 the technical edge it needs to become the perfect street bike for taking on the track.

The advent of “superbikes” has transformed moto racing from a mechanically-focused circuit to one obsessed with technical engineering. Anti-lock brakes, traction control and now electronic throttle all bring MotoGP and SuperBike series into an era alongside LeMans and other hi-tech auto racing fields.

Yamaha’s 2009 YZF-R1 was one of the first street-going bikes to undergo this same transformation. It became the first production motorcycle to use a crossplane crankshaft, and Yamaha dumped enough electronics inside of it to run a small plane. Advanced throttle control manages launches, in addition to mapping to several riding modes based on the terrain or circuit shape.

Arguably the most beneficial feature was Yamaha’s Inertial Measurement Unit (IMU) added to the 2015 R1. This system measures acceleration across three planes of movement, constantly feeding the throttle system and traction control with information regarding the rider’s forces deliver perfect speed and control even through the toughest of turns.

The cheaper and more raw R6 is now expected to receive some (if not most) of these hand-me-downs from the R1. Leaked photos show a redesign that puts the visual style of the R6 more in line with the angular R1, including the latter’s “hidden headlight” design feature. Other cues like air vents on the fuel tank show the influence the R6 could absorb from the R1.

Revised emissions standards and mandates for electronic controls like ABS all signal that low-key 600cc supersport bikes are on their way out. Yamaha’s efforts to bring features from the R1 down to the more affordable and easier-to-manage R6 show that you can still appeal to the midmarket sporting range while abiding by these restrictions.

If all works out, this bike could boast some pretty incredible features that will make it a new favorite bike for beginners and experienced riders alike. While many bemoan the loss of “purity” when moving toward on-board electronics, the actual numbers show that these features can offer better control and grip, which lead to faster lap times. The migration of these features downmarket only shows that they are here to stay.

If you want to take your new 2017 Yamaha R6 out on the track when you get it, consider coming to Atlanta Motorsports Park. We offer a membership trial to give you a taste of the track along with a few lessons to improve your control of your bike. Book your session today 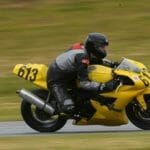 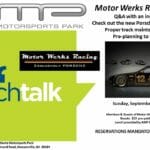 Rider, Video Blogger, racer and enthusiast of everything two wheels. Getting his start by riding motorcycles and putting his adventures on YouTube, he has gained traction in the motorcycle community by riding for top name brand companies and being invited to race all over the world.

The Benefits Of Riding A Mini Bike