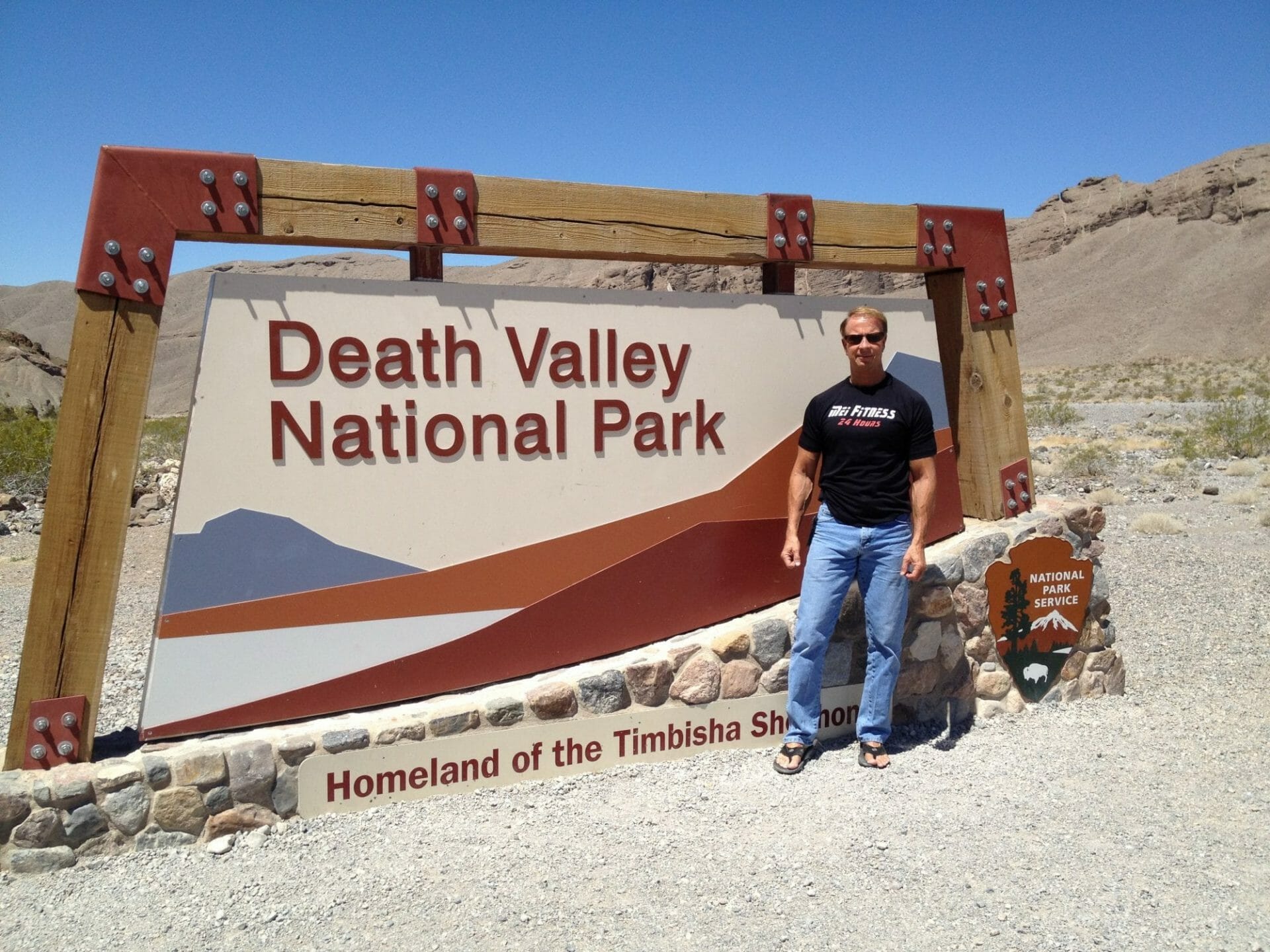 “I’m not real fond of Florida.” With many of our staff being University of Georgia alumni, those first words spoken during our conversation with Greg Guerrettaz were music to our ears. This guy knows how to make new friends.

In reality, Greg’s preference has little to do with collegiate rivalries and a lot more to do with climate. As someone who works in Indianapolis, he’s got speed on his mind all year long but can’t quite channel it up there during the winter. From December to February, the city can see as much as a foot of snow in a week. “Have you ever tried going to the track in that kind of weather? It’s not fun.”

To beat the cold, wet and snow, Greg, a Diamond Member at AMP jaunts down to Georgia to buzz around AMP road course in his all-black 2015 Corvette Z06. “I gotta get my fun time; get my therapy.” Greg asserts that the speed, adrenaline and unyielding demands of track racing have no doubt allowed him to keep balanced, especially as he jets from his home in Las Vegas to work in Indianapolis on a weekly basis.

We took the time to catch up with Greg, find out what he likes about AMP and why he prefers good, solid American muscle to European exotics any day.

On Switching from Drag Racing to Track Racing a Corvette Z06

Carrying a passion for old-school speed and raw power, Greg was first drawn to motorsports through drag racing. In fact, he remains a card-carrying Pro member of the NHRA. When he gets the chance to make it out to the drag strip, he races a heavily-modified, supercharged 2011 Camaro SS. One of the most important modifications consists of a Styrofoam beer cooler full of ice. The ice melt helps keep his blisteringly hot supercharger from overheating the entire engine block. With all the aftermarket modifications and work he’s put into the Camaro, he actually considers it his primary racer.

“People laugh when I tell them my Z06 is my backup car,” Greg tells us mischievously. “I got it because I love the way it sticks right out of the box.” Greg says about the only thing he has to change is the setting from “Eco” to “Track,” and perhaps swapping out the stock tires for two sets of slick Michelin Pilot Super Sport Cup 2s.

What drew him to the track after so many years on the dragstrip? Having to wait 15 hours in the pouring rain for his six to 12 second race was grueling, especially as the events crept on through the night. “Going 200mph at 3 a.m. was not a fun experience.”

On top of that, the crowds and weekend-long commitment wore on Greg’s normally self-dictated schedule. He would have to arrive early to unload his trailer on Fridays, even if his first race wasn’t till the next day. Pulling the trailer out meant waiting until Sunday evening at the earliest.

At AMP? He gets all the lap time he needs. “I feel my best when I’m in my car and doing a turn at 120,” Greg shares. “There’s no other feeling in the world like it.”

Greg was such a fan of having convenient access to track times that he stuck with us even when AMP was little more than a track, a guest trailer and lavatory facilities he described as being “pretty much port-a-potties.” Now that we have built a state-of-the-art clubhouse and provide garage space, he finds the facilities far more accommodating, although the track and the pits have remained his primary draw.

On the Legacy of American Muscle

When we heard that Greg raced both a Camaro and a Corvette — two of the most mythical names in automotive history — we made the mistake of asking him if he collects other classic cars. “I don’t collect cars,” he corrected us swiftly. “I drive cars.”

Greg sees vehicles like the Corvette and the Camaro as not just carrying on the legacy of raw American power and ambitious engineering, but improving upon it in every way. “The original versions [of muscle cars] look good, but racing them actually ends up being more expensive than the new ones because of all the modifications you have to make just to keep them in the turns.” A heavy fiberglass body and older chassis technology mean lots of body roll unless you are willing to invest in a complete suspension upgrade. “You can easily sink 10k or more just to keep the car stable in the turns.”

By contrast, newer features like carbon-ceramic disk brakes and active suspensions ensure that a stock vehicle can handle like it’s supposed to according to modern racing expectations.

As for the European exotics? They’re barely on Greg’s radar. “Drag racing is how I got started, and it’s still in my DNA. You never see any of those European cars on the dragstrip.” A load of affordable performance options and a flexible sticker price keeps Greg coming back again to GM’s best toys. He says he’s waiting for the 2017 Camaro, to get his hands on the 740+ hp Calloway ZL1 package.

A financial advisor by trade, Greg is nothing if not thorough. On weekends when he visits Atlanta for track time, he says he spends his first few hours just looking the car over. He’ll look at data from the last time, evaluate track conditions that day and rotate his front set of tires.

Then, it’s time to warm up. Not the car, but himself. “You’ve got to clear the cobwebs out of your head,” Greg asserts. He says he spends all week thinking about a million other things, but you must be focused on the track. In fact, that’s a lot of the appeal to him. He resists the urge to check his email in between runs to keep his mind off work and on the track.

After dusting out the proverbial webs, he’s ready to get some serious laps him. His primary goal: consistency. “Time isn’t important to me except for how close my times are together. I want to learn by being consistent. Consistency is everything.” He reminds us of the oft-repeated wisdom of veteran drivers: “You gotta go slow to go quick.”

In between sessions, Greg has the chance to sip on some coffee and get a quick bite. He packs his own lunch. Then it’s off to the course again to try and nail those perfect lines.

So what’s his favorite part about AMP? “The course. It’s so challenging, and it makes you really pay attention.” Greg praises his Corvette’s high visibility for helping him handle some of the course’s tricky blind turns and elevation changes. “I like that I can see out the back,” he laughs.

On His Day Commuter and His Racing Philosophy

With all the love for classic American muscle, you would think Greg drives a powerful car to work every day. Not the case. “Subie Doo drives me to work every day,” he tells us, referring to his Subaru Legacy daily driver. Even though Subaru is a foreign marque, Greg appreciates the reliability, the value and the attention to quality. AWD never hurts in the terrible Indiana weather, either. “My Subie Doo will get me to hell and back,” he says wistfully.

Greg’s off-track loyalty to Subaru is hardly a betrayal of American values, either. In fact, he claims that he helped convince the State of Indiana and Subaru on financing options that could bring a manufacturing plant to Lafayette, Indiana. The facility produced its three millionth vehicle in 2009 and still continues to manufacture Subaru Outbacks and, Greg’s pet favorite, the Legacy.

When we asked why he didn’t feel a need to get something faster, he hinted at avoiding temptation. “If I get caught doing a serious violation like reckless driving or speeding, they could take both my licenses away,” referring to his NHRA license and his state driving license. Best to keep it on the track, then, Greg, and we look forward to seeing you there again soon!