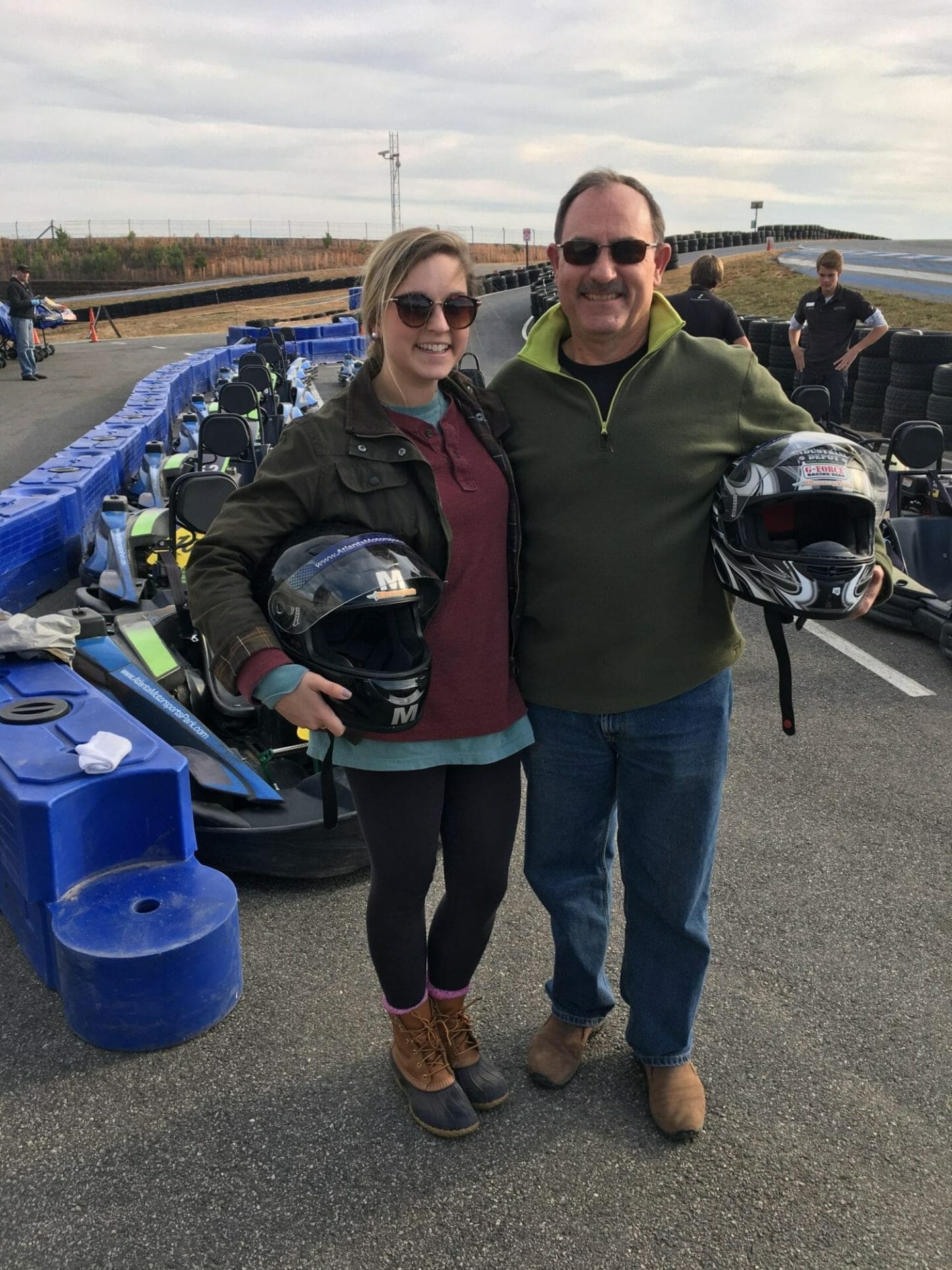 Faces & Fenders of AMP: Mike Cobb and the Spirit of Competition That Drives Him

Most of our members simply love the experience of extracting every drop of performance out of their vehicles, but for Mike Cobb, it’s all about the thrill of the chase.

“I’ve always had a competitive streak to me,” admits Cobb, who has raced everything from Honda factory 125 and 250 motocross motorcycles, Yamaha waverunners, and Giant Slalom snow skiing to his ‘72 Chevelle and ‘68 MGB Convertible from his teenage years. This love of rising to a challenge led Cobb to learn everything there was to know about driving — not just driving fast, but driving well.

We had a recent conversation with Mike Cobb to learn more about what brought him to Atlanta Motorsports Park and why he very much intends to stick around.

On How He Kindled His Love of Racing

Mike Cobb has been honing his competitive spirit to a razor sharp edge since the time he was barely able to read. As the youngest of three brothers, he was perhaps the last to catch wind of what was going on when his father would let the other two of them steer the car on the way back from Peachtree Road Methodist Church in Atlanta. Their trips would always include a stop to check the progress of what is today Northside Hospital, where Mike’s father Hollis was instrumental in the planning and development of the Northside campus.

This Sunday ritual started with the eldest brother, who Mike’s father would prop up in his lap and let grab hold of the big steering wheel on the family’s mid ‘60s Impala. While the other boys protested, Cobb was finally able claim his seat in his dad’s lap and take his turn winding the Impala down the country roads of Atlanta.

“I think I was about five at the time,” Cobb remembers, “and there was hardly anybody on the roads back then.”

This once-a-week driving treat quickly turned into an everyday obsession once Cobb’s neighbors brought home minibikes. He and his and friends would tear through the neighborhood streets on their tiny bikes, and when the family moved from Sandy Springs to Nashville in 1969, he upgraded to motocross dirt bikes on the Tennessee backwoods trails.

Pressing his parents for a bike of his own, they finally relented and allowed him to buy a ‘72 Honda 70. Thus began his motocross racing days, a Sunday ritual with his dad, one relic of which is a trophy from a track just a stone’s throw from where AMP is now. “Kinda funny to think about how things come full circle,” observes Cobb.

From Racing Everything in Sight to Taming a Porsche 911 S

Dirtbikes were hardly the end of Cobb’s love affair with racing. He got a degree in Management from Georgia State and started a family, but it didn’t take him long to start racing again. The family bought a lake house on Lake Lanier, where he and his wife Jackie raised their two daughters Frances and Michelle. Waverunner racing and water skiing became regular weekend activities with the girls. Cobb even recalls a time that he was challenged to a timed lap competition by Yamaha reps and other racers during a promotional event on the lake. His competition came from guys in souped-up waverunners, “but darned if I didn’t come in first on a stock machine,” chuckles Cobb.

Yet, these activities took their toll on Cobb, as did other health issues. After several orthopedic surgeries and some injuries, he figured it was best to temper his wild spirit away from downhills and the water. But, none of this could prevent him from getting behind the wheel of his first true sportscar.

He attended the Porsche Experience as well as multiple courses with SBRS to hone his skills. Soon after, he purchased a black 2014 Porsche 911 S with just 13,600 miles on the odometer. Thus began a new chapter in his life that is still being written.

On Why He Joined AMP and How He Plans to Race

Even before AMP broke ground, Cobb was hungrily reading news about our upcoming facilities. After we opened, a visit this past December confirmed his suspicions that this was a club he wanted to belong to. He says he would loathe to buy a sportscar if it wasn’t able to “stretch its legs,” so AMP is the perfect place to extract maximum value out of it.

Cobb has also enjoyed our other facilities; he gallivanted on our ice hill and skid pad, joined his younger daughter for some laps around our go-kart track, and has pre-emptively leased a stall in our new garage.

His favorite aspect about AMP is that it is so close to the family’s lake house.

“Lake Lanier gets to be a real zoo on the weekends, so I can run up to the track for an hour or two and then come back to relax with my wife.”

Track time is exactly what he needs to unwind and get some needed physical activity that prevents him from getting antsy. He committed to the Diamond Level membership, as well, in order to get the best possible value out of his dues.

“If your real interest is in owning a performance car — other than just driving around town to show it off — then it’s worth it to join a club like that,” explains Cobb. He intends to join our Member Racing Series to put the knowledge he’s gained so far to the test. After that? He’ll see where the road takes him.

You can join Mike Cobb and scratch your itch for speed and competition by becoming a member at our Atlanta car track today! You can even sign up for a discounted sample of AMP to see what it’s like enjoying your vehicle the way it was meant to be driven.