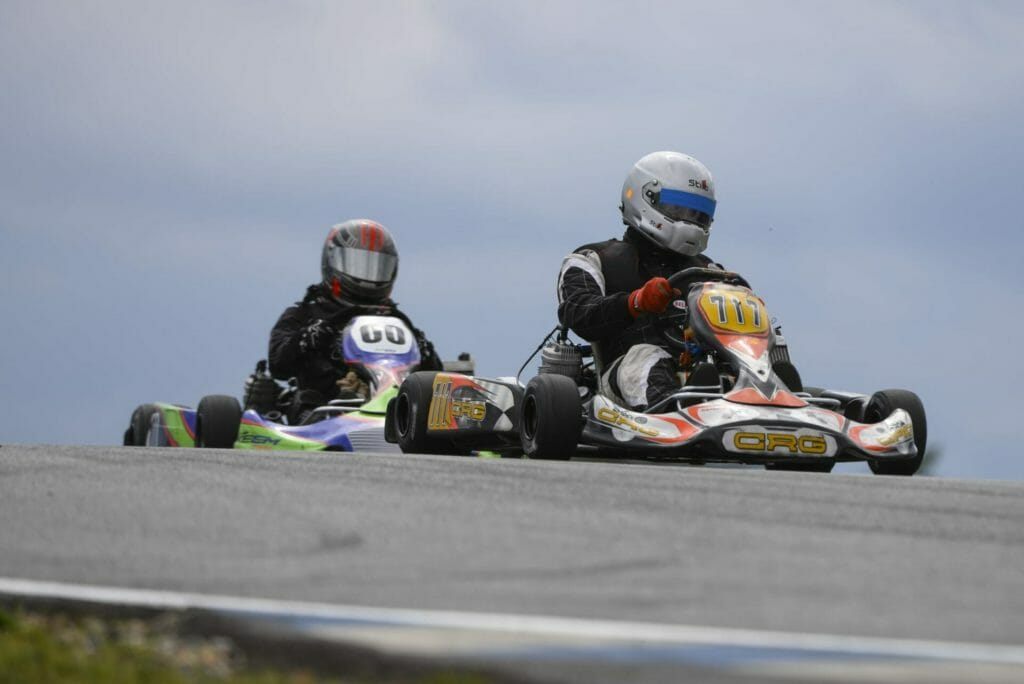 A record turnout headlined Round 2 of the 2016 AMP Kart Championship Series as over 75 racers filed their way into the paddock on Saturday, May 7th. Almost all classes felt the increase in numbers from Round 1. The competition on track increased as well, with many classes having victory settled in the final circuit around.

Christian Foster (Birel / Rotax) took his first pole award in the 2016 season by besting Round 1 winner Bryce Sanders (Maverick / IAME) by a margin of just over three tenths of a second. Sanders was determined, though, and in the Prefinal he was able to lead the opening laps before Foster got back to the top spot. Sanders’s determination was however enough in the main event, as he took a near three second victory of Foster after taking over the lead on lap one and never looking back. Recent Kid Kart graduate Lennox Roock (DR / IAME) rounded out the podium finishing in third.

Raiden Nicol (Tony Kart / IAME) was met with his first real challenge for victory in the year by WKA National Champion Tanner Carter (FA Kart / IAME) in the TaG Cadet class. Nicol was able to snag the pole and Pre Final victory, but in the Final Carter never let Nicol out of his grasp. After fending off Carter’s attempts for the lead early, Nicol was able to drive away for his second victory of the season with Carter settling for second and WKA National Champion Cale Hall (Razor / IAME) finishing third.

Doubling in size from Round 1, the TaG Junior division put on some spectacular racing throughout the field. Foreshadowing what was to come in the Final, Tyler Klein (Tony Kart / Rotax) bested Baptiste Viala (FA Kart / IAME) for the pole by just 15 thousandths of a second. Klein took a fairly comfortable win in the Pre Final, but in the main event his brake system began to fade. Viala looked to capitalize as the two battled back and forth in the closing laps of the 15 lap Final. Making a move on the final lap around, Klein was able to pass Viala back for the lead and hold on for his second win on the season. Newcomer Alex Giles (Sodi / Rotax) capitalized on a mechanical failure for Nicholas Pearson (DR / IAME) to round off the podium by finishing third.

Round 1 Winner Sammy Tiger was absent from the second round of the championship in TaG Senior, opening the door for a new driver to take the step up to the top step of the podium. Mathis Berland (Tony Kart / IAME) took up the offer by putting on an absolute clinic in the class. Qualifying on pole by over two seconds, no matter what the field did to try to hold Berland back he found his way to the front and finished there. The battle in the Final was for the second position, as former TaG Master driver Mike Marmurowicz (Merlin / IAME) did all he could to hold off hard-charging Brian Katz (Tony Kart / IAME). Katz was able to get the best of Marmurowicz, though, relegating the Merlin driver to third.

Donald Davis (Arrow / Rotax), Jose Garcia (DR / IAME), and Lon Washburn (Top Kart / IAME) all took the point in TaG Master at some time throughout the day. Davis started the strongest by qualifying on pole, but misfortune in the form of a flooded carburetor sidelined him out of the lead in the Final. Washburn was able to capitalize and take the victory, pulling nearly six seconds on Garcia by the end of the main event. Doug Van Wingerden remained in the catbird seat all day long and his quiet consistency allowed for him to sneak onto the podium in third.

Brian Spek (Tony Kart / CR125) led the way in the Pre Final, but only Ruben Tarca (TrackMagic / CR125) was able to start the main event. Struggling with engine problems all day long, Tarca was able to snag a victory in the 2016 Season as he looks to repair and rebuild for Round 3.

18 Karts gridded the LO206 Senior and LO206 Master divisions on Saturday with big brother Cody Hall (Razor) and Steve Roberts (Razor) working together in tandem to pull away from the field in the Pre Final and Final. Waiting until the closing laps to decide the race amongst themselves, Roberts’s experience was able to prevail in the main event, taking the overall victory. Hall finished a close second in his first visit to the track along with Razor driver Brandon Beech who took a solid third place finish. The LO206 Master class saw the usual characters up front of Chuck West (Margay), John Intile (Arrow), and Larry Henderson (Margay). With the drafting help of LO206 Senior driver Jose Garcia (DR), West was able to distance himself from Intile en route to taking the class victory. Intile settled for second as Henderson’s DNF in the Final marred him to third.

The third round of the AMP Kart Championship Series will take place on June 25th at the end of this month. Registration is available here. 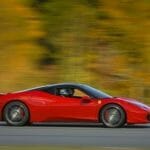 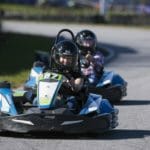